"Any Chiller - Anywhere - Call us for better service" - The AIRWEL ENTERPRISES 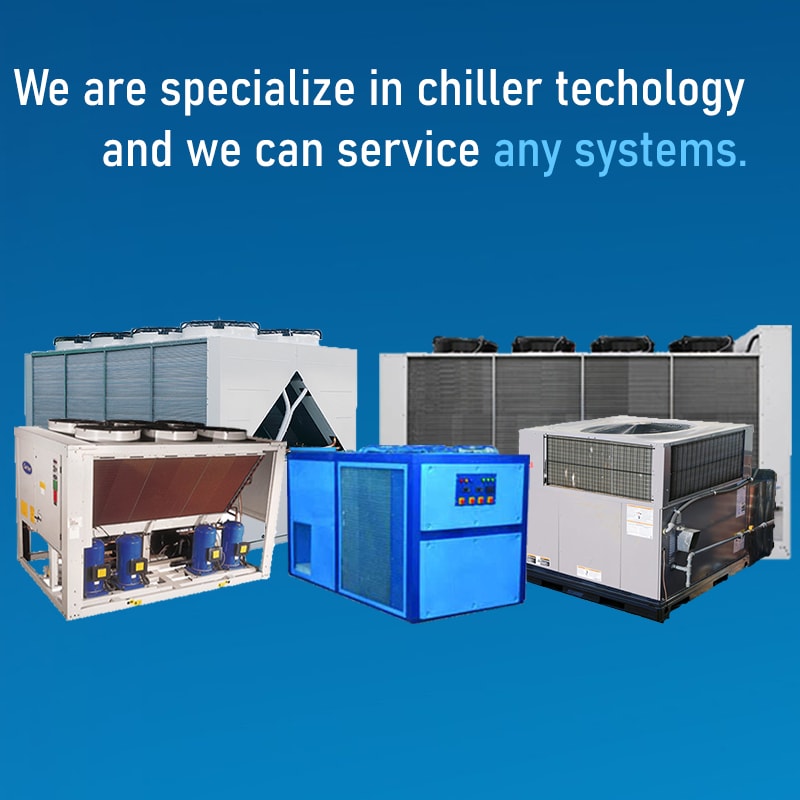 With Over 30 Years of Experience, We are Involved in Providing Chiller Service, Repair and Maintenance in Chennai.

We understand Customer requirement, our technicians get the job done quickly and make our Customer 100% Satisfaction.

We support 24/7, you can contact us anytime to attend breakdown calls & urgent Chiller repair.

Why we are best

Our workers are fully resourced to provide complete service maintenance support of all type chiller unit.

You can contact us anytime to attend breakdown calls & urgent Chiller repair.

Our technicians get the job done within given time and make our Customer 100% Satisfaction. 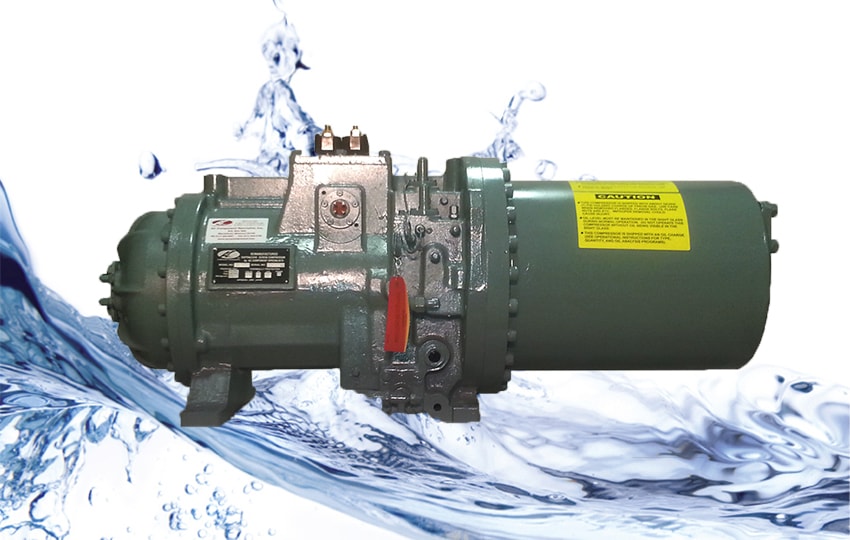 A chiller typically uses one of four types of compressor:

These type are becoming less common because newer, more efficient, technology has been replacing it so these are slowly being phased out in commercial refrigeration at least. It’s still quite popular in industrial refrigeration. These are very strong and reliable compressors which seem to just work forever with the right maintenance. There are a lot of moving parts though so they can be expensive to operate.

The scroll compressor is used mostly on air cooled chillers but you can also find them on water cooled. Usually one compressor isn’t enough to meet the cooling load so several will be joined together in a bank. In the example above the blue cylinders under the chiller are the compressors which are joined to form a bank.

With these type of compressors, the refrigerant usually enters via the bottom and is fed into the compressor discs. One disc will be stationary whilst the other is rotated to compress the refrigerant into a tighter space. The refrigerant is forced around the spiral as the disc moves which causes it to compress, it will then leave via the top and head to the expansion valve. 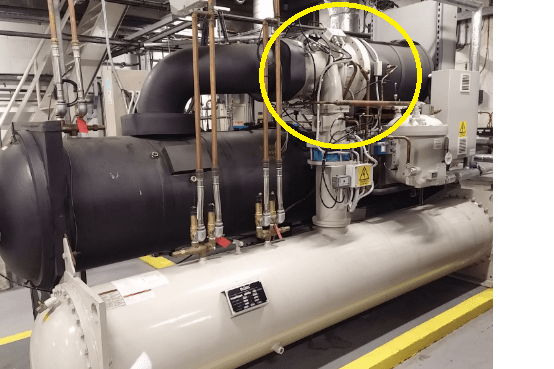 The centrifugal type compressor looks a lot like this and is quite easy to spot as the compressor is above the chiller with a large volute shaped pipe curling around into the condenser.

The refrigerant flows in through the suction line, hits into the the centre of the impeller where it will be directed by the blades. The blades rotate and that imparts an angular velocity onto the particles of the refrigerant. This angular velocity makes the refrigerant particles fly out at high velocity, in all directions, and collects in the volute (the outer curl) where it increases in pressure from the kinetic energy, it then passes down into the condenser. This type of compressor/chiller is a very common set up for a central plant in large buildings.